Trying to Cut Through Common Opinions to Find Some Truths 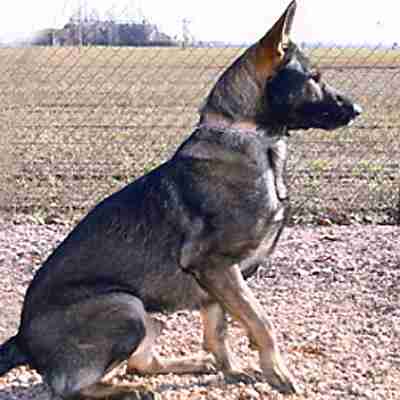 If you hang out at enough training groups or go to working dog events, you are sure to hear all kinds of gossip and rumors. Those of us outside of Europe are always subject to the uncertainty of hearing these comments and not knowing if they are fact or fiction.

While serious, these questions and comments are so ethereal that it’s impossible to get closer to the truth without more investigation.

We thought it would be interesting to look at four of the top working dog championships in the world to see if the results and participation could shed any light on these subjects. Granted, each of these events shows a different look at participation and breeds, but if there are good or bad points, they may be harbingers of where working dog training is headed. The point is that good or bad working dog training is not so much about opinions as the result.

When reviewing the following, keep two things in mind. All these events are championships. Not only are some of the best dogs and dog trainers competing, but each entrant had to go through a demanding qualification process to get there. As an example, in the SV Bundessieger and dhv Meisterschaft, entrants had to qualify with a minimum score of 270 points and a rating of pronounced courage and hardness in protection. In other words, these were not just local trials.

The second point is that in 2005, all these trials were held between September 8th and October 9th. It was and is not possible to show in all of these championships, so most of the competitors showed in only one, with a few showing in two. In short, each championship had its own group of competitors so we are able to get a better cross section of what went on. In all, there were 422 entrants and that, in itself, is important as most of the people and dogs were at the top of the sport going in. It certainly seems to give the lie to the idea that the sport is declining.

The FCI World Championship
We want to start with the FCI World Championship. This event had 100 participants from 29 different countries, including South America, North America and Asia. The trial results showed 11 “V” or excellent overall scores and 15 failures or dismissals. As this event invites all registered working dog breeds, 45 entrants were Malinois and 52 were German Shepherds. In the top ten finishers, 8 were Malinois and 2 were German Shepherds. We think this event may reflect the most honest picture of what is going on. First, the scores reflect a near perfect bell curve; the number of excellent ratings and failures was balanced. Second, the number of Malinois and German Shepherds were nearly equal; although, the Malinois took eight of the top places and the German Shepherds took two. One might think that this is consistent with another bit of common wisdom (It may be common, but is it wise?) that obedience wins championships. Of the top ten finishers, only two dogs got a V rating in obedience and the high was a 97. Consistency in tracking, obedience and protection was what dictated the winner, not just excellence in one phase. Third, only three of the top positions were from Germany. I say “only” because this was not usually the case a few years ago. That being said, all the top ten finishers were from Western Europe.

The SV Bundessieger
This championship is the most prestigious working dog event in the world. In this respect, it does and always has set the standard of what working dog sports are. As in the past, what happens at this championship and the way it’s conducted dictates much of the future and flows over into other organizations. But this can also be a negative if the organization becomes confused, moves in the wrong direction or abdicates its leadership position while still creating the standard by which all others must abide. Since this is only a championship for German participants and is restricted to German Shepherds, some of the answers to the introductory questions can’t be answered. On the other hand, questions about organizational leadership and responsibility to the sport can. Nowhere does this become clearer than in the statement that the sport is becoming too hard for broad based appeal. The other point about recognizing its responsibility to the breed and the trainers also comes into question after examining only one point. If it is the goal of the SV to produce the finest working dogs in the world, trained at the highest level, the scoring at the Bundessieger indicates that it’s failing.

With 120 dogs entered (and remember they all had to qualify to even enter), there were no V or excellent ratings, with the highest score being 284. Only one dog in the top ten V rated in protection and none V rated in obedience. On the other end, 24 dogs failed or were dismissed-20 percent of the entries. Unlike the FCI championship, there was no bell curve here, rather it appears the judges or leadership had consciously decided to seek a level that even the best trainers and dogs couldn’t reach. And these were not just your street corner trainers either. Two of the world’s best trainers, Fritz Biehler and Helmut Raiser, participated. So, yes, we must conclude that in at least some organizations, the goals of identifying the best dogs and training them to the highest level has taken a back seat to other issues. In this case, it is unfortunate that this is the evolving philosophy of the most influential single organization in working dogs.

The WUSV Weltmeisterschaft
Like the FCI championship, the WUSV is international, but is limited to only German Shepherds. Like the SV championship, it is a large event, with 120 dogs participating from 34 countries. This only confirms what the FCI championship suggested: the sport is becoming more international. Of the top 10 scoring teams, only 2 were from Germany, but also 2 were from Japan and 1 from the U.S. It should still be remembered that only a few years ago, this was basically a European championship, dominated by the Germans. Somewhat similar to the SV championship this year, the scoring tended to be bottom heavy with 3 dogs V rating and 18 failing or dismissed. If the SV championship weren’t here to compare to, these results would indicate another example of judging that isn’t keeping its focus on the goals of the sport. Compared to the SV championship results, these scores seems almost fair and reasonable, but we doubt the contestants would agree with this conclusion.

The dhv Meisterschaft
As a German Championship, this is second only in size to the SV championship, with 82 entries. The biggest difference is that some of the member clubs of the dhv, such as the DVG, are over 100 years old with a long tradition in Schutzhund. The dhv is a training organization only, not affiliated with any breed registry in Germany. It is open to all breeds, whether registered or unpapered. If there is another place to look for an answer to the question of Malinois taking over the sport, it’s in this championship. Only 15 years ago, this event was dominated by German Shepherds. In 1990, only about 12 Malinois were entered, but a Malinois won that year. Since that time, the German Shepherd has slowly faded. In 2005, 49 Malinois were entered as contrasted to 14 German Shepherd entries. The scores tracked those in the other organizations (except the SV) by having 6 V rated dogs in the top ten, but more than 20 percent, 18 dogs, either failed or were dismissed. Again, remember that all entrants had to have a minimum score of 270 points with a pronounced rating in protection to even participate. Of the top ten dogs, 9 were Malinois with the highest scoring German Shepherd finishing 13th. But, continuing to refute the idea that Malinois win only because of obedience, only one of the top 10 V rated in obedience and that was a 97.

So is there any sense or answers to the points first made in this article?

! There is no doubt that the sport is becoming increasingly international. Where people from other countries could participate, they did and performed admirably.

! Are the current organizations forgetting their obligations to the breeders and trainers around the world? Over the years, we have only posed two questions to the organization’s leaders. When they are holding an event or creating rule changes, is what they are doing good for the dog and/or good for the sport? We have always believed this is critical in that if the answer is “no”, then the organization or the event is sending out the wrong message and causing damage to the future of the working dog. In 2005, 3 of the 4 major championships seemed to treat the participants as secondary to the whole purpose of the championship. While the scores are only one element of more complex questions, they may reflect a leadership that has lost its way.

! The question about the growing dominance of the Malinois in the future of working dogs is still murky. It is quite clear that this isn’t just a trend. Because the Malinois is a more recent participant in the overall sport, the national Malinois breed organizations may not be as strong as some of the older ones, such as the SV or DVG. If this is true, then it will only be a matter of time before national Malinois breed organizations gain strength and leadership that will bring them to the edge of a popularity now shared by the German Shepherd. There may be other breeds that will also gain in popularity, such as the Dutch Shepherd, but none of the traditional breeds such as the Giant Schnauzer, Rottweiler, Doberman or Bouvier have the popular support and base to challenge the growing strength of the Malinois. Further, such growth can truly threaten organizations like the SV if they don’t recognize that they must readjust their thinking and return to the principles that made them so powerful in the past.

There is one additional thought that is tangential to this whole question of what is happening to and in the sport. None of the above championships listed in this article are open to trainers of all breeds from all countries. Two are principally German events. The WUSV is restricted to German Shepherd member organizations from only some countries. The FCI championship is open only to those countries that have FCI affiliation. This excludes many large countries in North and South America, Asia, Britain, Australia and Canada. For years, the idea has floated around about having an international organization which holds championships and supervises international trials open to participants with any breed of dog from any country. In effect, it would be an international sport or training organization. It may be time to start considering this alternative to what current events show is becoming an increasing threat to the future of working dogs. Please, we can hear the groan now. “Not another organization, please!!!!!.” Generally, we would agree, but if the important point to all breeders and trainers of working dogs is to continue the test that’s so necessary to the future of working dogs, and the many existing organizations seem to be increasingly turning their collective backs on these goals, the choice may be forming such an international organization or watching the working dog movement die.