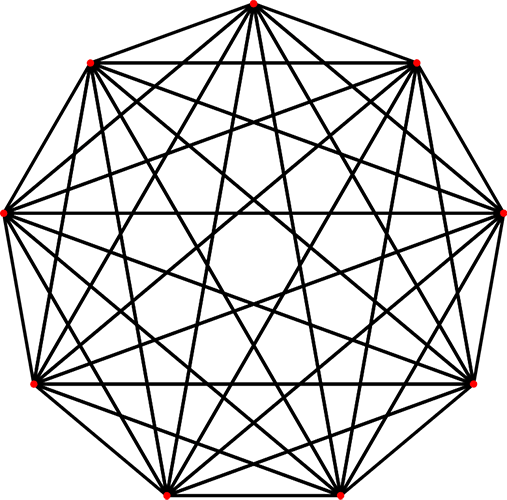 The Breed Directive for the Dobermann by Ottmar Vogel
translated from the German by H. Redtenbacher, edited by Lisa Schuller (Kennel Ascomannis)

Gladly, I respond to the plea of many an interested party to write about this most important breed selection. In order to oblige, however, it is necessary to examine more closely the history of our breed since my involvement.

While I was still a student in 1954, I became involved in dog training. My first dog was an unpapered German Shepherd, a dog possessed of a most difficult character and nerve costume. Therefore, in 1955, I joined a dog sport club in my hometown to learn how to train a dog. Although the level of knowledge concerning the instruction and training of working dogs was not particularly high in that club, I very quickly recognized the importance of a dog’s character.

While attending my first dog show in Nürnberg in 1956, I became acquainted with the Dobermann breed for the first time. From then on, my attention was focussed on this elegant, yet powerful, muscular thoroughbred. In many discussions with exhibitors and breeders, I tried to acquire a complete knowledge about the breed. Furthermore, I tried to find out how and where a Dobermann might be trained or be entered in a working trial.

Many horror stories made the rounds in those days about the Dobermann, by owners and breeders alike, not to mention by the uninitiated. To put it bluntly, the Dobermann did not have a particularly good reputation. On one hand, the dog was supposed to be possessed of great fearlessness, courage and toughness, coupled with loyalty and considerable obedience control. While on the other hand, many claimed that the Dobermann was untrustworthy and cunning, and inclined with increasing age, towards disobedience and aggression even towards his master. The breed standard, however, speaks among other things, of a confident and courageous working dog, that fearlessly defends family and property while being easy to train and keen to work.

During my research, I quickly discovered that the breed standard claims and reality very often differed from each other considerably. But when I acquired my first Dobermann puppy in the spring of 1960, I had already taken four different dogs to SchH III level. Among these were some different characters, including a rough collie that I took to SchH II. The breeder and owner of this Collie also happened to be members of my dog club and the challenge attracted me. Furthermore, I was able to train and qualify as a helper (figurant) at my club, and as such, received nominations to two regional working trials. Having created a sound basis, I could now devote myself thoroughly to the Dobermann, and at many show and working trials, I could study the breed.

In addition to the Dobermann, I always owned or worked another working breed. Consequently, this allowed me to correctly assess the Dobermann breed. His shortcomings or failings were not hidden behind “rose coloured glasses.” With few exceptions, the majority of Dobermann breeders understood little about the desired character make up as hardly any of them involved themselves in training or working their dogs. Character can only be recognized correctly while working with a dog. Many times I saw a most beautiful Dobermann at a show, only to discover that the dog was of an unstable character and suspicious nerve costume.

Occasionally, when a Breed Judge felt that a character assessment should be conducted, then faulty procedures were adopted and usually the aggressive dog was awarded a good character rating as he reacted aggressively when subjected to little pressure. Dog fights in the show ring occurred quite frequently, resulting in occasional minor injuries. Most of these attacks originated from fear related stress situations or simply because the handler wanted to demonstrate “proper” character and temperament. I have always distanced myself from such activities.

Adding to the situation was the fact that many leading Breed Judges and eminent Dobermann personalities of the day never professed their commitment to the Dobermann as a working dog. Furthermore, they held incorrect cynologic opinions about the dog, which they nevertheless expounded to the Dobermann world. Thus, one could hear quite frequently from the then first Chairman and his Chief Breed Warden, that character and temperament could not be inherited, but that it could only be acquired through training. Naturally, this was absolute nonsense, but it fit in with the policies of the Dobermann Verein (German Dobermann Club) of the day.

Those were the circumstances under which the Chief Breed Warden constructed a so-called Breed Suitability Test (ZTP), which led to totally incorrect assessments from lack of proper examinations and a clear procedure. Dogs of sound character and disposition, as seen from today’s viewpoint, were classified as IB, because they reacted openly and without aggression when subjected to normal test pressure. Aggressive and unstable dogs were awarded the desired IA grading, without anybody ever conducting a test of their courage or defensive strength. Neither was their sensitivity to sound and noise ever assessed.

Against this background, I was elected onto the Executive Committee of the Dobermann Verein in 1969, as Chairman of Training and Working disciplines. At this point, I had already trained a number of Dobermanns (seven to be exact) and taken some to Regional Trials or as high as the National Sieger Working Trials. Contrary to general opinion, it was clear to me that a number of drastic measures had to be taken if the standard and the reputation of the Dobermann as a working dog were to be improved.

After the cancellation of the 1969 DV Meisterschaft (German Working Championship for Dobermanns) due to insufficient quality and quantity of entries, and due to articles published in the DV’s Journal “Unser Dobermann”, a survey of the breed was conducted. Consequently, I established for the Verein a Körung standard, and a procedure manual that enabled us to identify the “elite” dogs in character and conformation, which still exists. In order to obtain uniformity of assessment, the same Körung Committee always conducted these “Körung Tests”. The assessment of character and nervous disposition rested mainly with me. The high number of failures could almost without exception, be ascribed to nervous instability and the inability of our dogs to withstand pressure.

Körung defense of the handler

In 1971, against the will of the then first Chairman, I achieved with the support of the Verein membership, a ruling that the “Sieger” title at the annual DV-Sieger and Bundessieger Shows could only be awarded to a dog that had achieved a minimum working qualification of SchH I and had passed the ZTP.

Since I considered the ZTP of that day to be inadequate, I designed a new ZTP and procedure manual that is still used today. The new ZTP was designed to improve the self-assurance, nervous disposition, stability, and natural drives in our dogs. My new criteria had to overcome resistance from the Executive Committee, but was accepted by a 2/3 majority at the 1975 AGM in Wiesbaden.

As our breed is frequently endowed with a rather high temperament, and as many judges are incapable of distinguishing between correct temperament and nervousness, I also had to offer enlightenment in this regard. The assessment of these crucial points could be carried out successfully by means of an isolation test with highly skilled Breed Judges. Here too, we had to adopt measures for the benefit of the breed. Judges, who are not free of inhibitions and lack strong nerves, cannot correctly conduct the isolation test. Therefore, only certain Breed Judges were selected for training by me and subsequently nominated as ZTP Judges.

Today, some twenty-two years after the inception of this ZTP, we have taken a great step forward in our aim for the beautiful Dobermann of sound character. ZTP tests in compliance with the German model, are now held in various IDC member countries such as Italy, South Africa etc. As the acquisition of a ZTP is no prerequisite for breeding in those countries, great responsibility rests with their Dobermann Specialist Breed Clubs to ensure that only robust, stable Dobermanns of sound character and correct working temperament are used for breeding.

Uncomplicated and healthy Dobermanns promote our breed. Future admirers and Dobermann enthusiasts should not be disappointed by nervous and unstable dogs resulting in a loss of interest in our breed. It is the duty of all persons in charge of our breed to uphold and maintain these values.